There are many who come to the forum looking for advice on shaving their heads. We understand that for some it will be first time in their life that they will have taken their hair down to this length. Will it suit me is the one question they all ask. We take a look at the surprising range of finishes that you have to choose between when deciding on your own treatment. As a counter point we also take a look at the terrible things people, some with fantastic heads of hair, occasionally choose to do with theirs.

The buzz-cut has not always been popular, and even today there is an almost subliminal shock value in seeing someone you know who has suddenly remove their hair with clippers since the last time you saw them – even more of a shock if the person in question is you. You do not have to go too far back, 1970’s maybe, to a time when pretty much anyone not in uniform and wearing their hair that short was saying something quite specific. It revolved around a reactionary attitude to society and marked the wearer as choosing to live on the fringes.

But times have most definitely changed. Pretty much every male Hollywood star you can think of will have flirted at some point with a shaved head. For some it has proved a massive hit and remains their hairstyle of choice… for a Hollywood actor it must be very tempting to stick with something that works… why fix it? Far removed from its early unpleasant associations it has become a completely valid style choice for actors and sportsmen, professionals and businessmen, young and old. It represents a clean sharp look, undoubtedly it can make you look a little tougher but, studies tell us, it also makes you appear more intelligent.

The reaction from the community on our forum is always to encourage and support, they do a great job of flagging any relevant considerations that need to be taken on board. If the questions from someone nervous about shaving their head the consensus seems to be that a great SMP allows you to just forget it’s there. Y0u can used to a buzz cut in a matter of days, even for those who find it a real shock… in a way that you never get used to losing your hair.

While writing this I read an article from aUK tabloid, the Daily Mirror. It reflected on some of the spectacular fails achieved by some men and their hair. The article centred around micro-celebrity nightclub/strip club owner Peter Stringfellow who, having sported the longest running mullet in UK history, finally got around to cutting it off. See below, think of it as a counter argument against a buzz cut being anything other than a great look.

But he is far from the only celebrity who used to sport shocking coiffures. See who you can recognise from the pictures below. 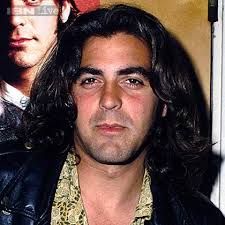 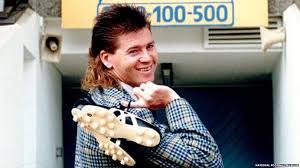 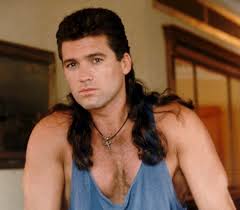 SMP has the ability to return you, quickly, to a complete hairline with the appearance of a perfect head of hair cut short. If you are interested in booking a free consultation, contact us directly. Send some pictures of your current condition and give us an idea of what you are hoping to achieve. We will be delighted to connect you to an appropriate and local, wherever possible, provider.