We know how difficult it can be for someone to move on from wearing a hair system, wearers become extremely attached, so to speak. We take a closer look at how it can be done with a minimum of fuss using Scalp MicroPigmentation (SMP).

I Have A Great System! 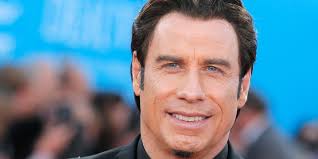 There is no doubt, for the hair loss sufferer who will settle at nothing less than a return to a full head of luxurious hair, maybe even better than the one he had before, only a hair system will do. With a hair system you can achieve the appearance of superb density along with the colour, shade, hairline and style of your choice.

All hair systems are not created equal. To get a superior product there is no doubt you will need to dig quite deep, you might expect to pay up to $1000 a year for the hairpieces and products required. None the less, if you find the right product it can be undetectable and provide exactly the boost it was bought to do. Just the same…

Time To Move On? Here at SMP Debate we speak to many hair system wearers who are interested in “freeing themselves” from the rigours associated with their wear, and there turn out to be a few. Given that these men have been wearing systems, sometimes for years, it is logical that no single aspect of wearing it has ever been enough to motivate them to stop before. So it is a gradual build up of resentment for the infliction of several frustrations that eventually tip them into action.

So in no particular order… Cost is a consideration, a good quality system might cost as much, over 5 years of owenership, as an FUE treatment. Cost did not stop the wearer in the first place so it is primarily the day to day experience of being itchy on hot days, or nervous on windy ones. Being unable to swim, or step out in a storm. Or play physical contact games. Meeting new partners has a built-in hurdle. What about telling the kids as they grow up?

As well as all these there is the ever present elephant in the room. The threat of accidental discovery and the potential for humiliation that might bring in the wrong setting.

Is SMP Right For Me?

The challenge for system wearers wanting to stop is the radical change in appearance suddenly appearing bald in the world would bring. The initial shock on their faces, everyone from family members to the man in the corner shop. A good quality SMP would simply give the appearance of a man who has shaved his head while still sporting his youthful hairline. As a change from the system it will still attract attention, and comment. But our experience of speaking to many of those who have made the transition, as well as the testimony of many more on the forums, is that the change is profoundly liberating. So to answer our own question, not only is SMP a great step on from a hair system, it even offers the option of returning to the system at some point in the future… or, more positively, a quick laser removal to complete your journey to a happy bald man.